Want to learn how to make money from the stock market? However, do you find yourself in textbooks or investing in stories that are too boring to read? You have nothing to worry about it. There is another fun, entertaining, but educational way to learn the financial world without going through hundreds or thousands of pages of books. Watching stock market movies can help you get a basic idea of the stock market on how the stock market works.

If you are not a passionate reader, watch a few amazing movies, web-series, or documentaries on the stock market. It will help you understand all about the financial market. You can learn a lot about the stock market by just sitting in your chair and watching these movies.

In this article, we will discuss must-watch stocks market movies that you can watch this weekend to learn financial stuff.

In 1987, Wall Street directed by Oliver Stone with stars like Micheal Doughler, Charlie Sheen, and Daryl Hana. The film revolves around a young stockbroker who is involved with a wealthy businessman. It gives us another fact about the stock market, which may fall to all of us. The director made this film in honor of his father.

This is my favorite stock market movie of all time. It’s based on a true story of Jordan Belfort who spent 22 months in prison for defrauding investors in massive security scams. It discusses the nature of wall street brokers with a smooth-talking and easy-going Boss. He devises new ways to cover his tracks and watch his fortune grow.

The big shot is based on a non-fiction book written by Michael Lewis. It is directed by Adam Mckay. It is an Oscar-winning film in 2015 with 37 other awards. It tells a great story of the events that led to the financial crisis. This movie combines humor with a financial crisis in which eight million people are unemployed and homeless.

The film talks about the advantages and disadvantages of Trading in a Comedy genre that gives basic of socio-economics and class structure in America. The film also portrays many stereotypes about money.

The film revolves around Seth Davis, who seeks a job as a stockbroker for a suburban investment company to match up with his father’s high standards. But at first, the job may not be legal. He is a college dropout with a serious desire to achieve success and wealth. The film was directed by Ben English, released on February 18, 2000.

Equity is a financial thriller film directed by Mira Menon. It depicts Naomi Bishop, an investment banker, struggling for the top spot. She is being watched by a prosecutor who suspects she is corrupt. So she has to remove a network of corruption in this story while it becomes, even worse, the betrayal of a trusted colleague to ruin everything. She faces professional frustrations, including the loss of confidence in her clients.

This film is written by Andrew Ross Sorkin, directed by Curtis Hanson. It is about how certain corporations, especially financial institutions, are so large and interconnected that if they fail, it will be a disaster for the larger economic system. This film also depicts a few clips about the mortgage crisis.

Margin Call is a mind-blowing movie directed by J.C.Chandor. It’s a fictional company and not a real wall street company. The movie follows people through investment banks 24 hours before the 2008 financial crisis. It reveals how large financial institutions operate and the motivations of people who work in them.

The Ascent of Money is a documentary on the history of global finance. It shows why our modern societies are structured and functioned as they are. The history of currency, credit, and banking can be depicted in this documentary. This is a six-part television documentary written by author Knee Alpha Gason, showing why the equity market creates bubbles, bursts, and globalization of the Western economy.

Chasing Madoff is a true story based on “No one will listen” by Harry Markopolos. This is a non-fiction documentary and narrative written and directed by Jeff Prosserman. He spent ten years trying to persuade the US Securities and Exchange Commission over their evidence of an investigation into Bernie Madoff’s Ponzi Scheme, which embezzled an estimated $ 18 billion, including fraudulent returns.

This is the second series of the first series. It faces Geeko’s financial crisis after 2008. He is out of prison and appears to be on the right track with his new book “Warning of ruin”. Geeko’s speech is the highlight of the movie, which includes the economic and financial situation of today’s generation.

This film is based on the derivatives market. It depicts a true story of a young derivatives trader from Singapore, Nick Lesson who brought Barings Bank down on its own through high-risk trading and fraud. It provides great insights into the future and the options market.

This is one of the classic films based on a play by David Mamet. The movie depicts the life of a real estate agent whose character is completely degraded after working for an unreliable company. Demonstrates greed and covert tactics used in sales. Alec Baldwin’s inspiring speech is the focus of the entire movie. It’s one of the best-selling movies of all time.

This film has won two Golden Globe Awards and more than 16 nominations. It’s a true story focused on the sold-out model of the R.J.R. Nabisco. It depicts a fierce battle between individual companies to take over this conglomerate. They want to buy an undervalued company from their shareholders, but the Wall Street investment experts he hires begin to become his competitors in the acquisition.

It’s an Academy Award-winning documentary and one of the best documentaries on the causes of the 2008 financial crisis and its impact on the world. The document contains the entire investigation of the problem and its origins in the early 2000s. It has been well studied and amazes viewers by the level of greed and corruption in the financial system.

The story, based on the book ‘Scam 1992 The Harshad Mehta Story’, written by former Times of India journalist Sucheta Dalal and her husband Debashis Basu, tells the sudden rise and accidental corruption of the controversial stockbroker Harshad Mehta’s grace. Record. The face of India’s 1992 stock market fraud amounted to 5,000 crore rupees that shock the country.

These movies are a must-watch for those who are interested in the financial world and want to build a career in that domain. These films will provide you a glimpse about how the industry functions and how day to day life is there, because sometimes “Truth is stranger than Fiction‘’. The simplest way to watch these movies on DVD or satellite channels. But apart from that, you can also watch these stock market movies on Netflix. 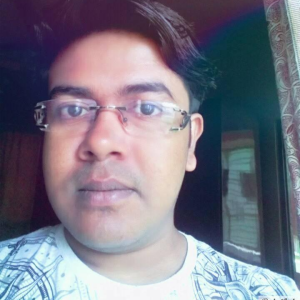